The end of October is a great time to put out every horror movie, no matter what the content or style is. It’s a time when the slashers, the zombies, the vampires and just the flat out weird as hell horror films have their time in the sun. You could release pretty much anything horror related during October and it’d be appropriate. You can release great horror films and even awful horror films, bad movie nights are a thing and a bad horror movie around Halloween is a gift for people wanting something gloriously stupid to laugh at… and then there’s Wounds, a bland horror movie that tries its hardest to be creepy and weird and never fully gets there, though not for a lack of trying.

One great trick Horror movies can pull out to create an engaging story is to take a mundane game of some kind and introduce the element of death. There have been horror movies about video games that will kill the player should they lose, films that took video poker and added murder victims and last year we even got a film that took Truth or Dare and made it deadly… granted, it didn’t make it good, but it sure did make it deadly. Well, now we have another addition to this little group in the form of Ready or Not, which takes the childhood game of hide and seek and flavours it with a little bit of The Most Dangerous Game for good measure.

END_OF_DOCUMENT_TOKEN_TO_BE_REPLACED

A space movie is always hard to get just right. The idea of someone floating around in the vastness of space? It’s a cool effect that’s hard to recreate on earth, and that’s before you worry about things like sound in the vacuum of space or just how potentially dangerous it is. The hardest part about big space movies is trying to find a good story using the location. When the location is the vast emptiness of space, that can really work well as a metaphor or just to create some danger. Gravity, as an example, is basically a film about someone lost at sea and could’ve told the exact same story on earth but they wanted to make it a space movie because it’s more visually interesting. That movie was also praised as the most realistic space movie of all time – and now a new contender has come to try and claim that crown. I don’t think it’s the most realistic ever, but it’s certainly got some of the best performances.

END_OF_DOCUMENT_TOKEN_TO_BE_REPLACED

Scary Stories to Tell in the Dark was a series of books from 1981 to 1991 written by Alvin Schwartz. There were three books in total, each one filled with almost 30 short stories that terrified an entire generation, not only because the stories themselves were terrifying but the illustrations associated with each story were so infamously scary. They are not only legendary best-sellers but they’re also infamously some of the most banned books in school libraries because of the violence described and the macabre topics like cannibalism (which I just thought was a regular weekend activity, you learn a new thing every day). To shock no one, I didn’t read these books growing up. Firstly, they were big before I was old enough to even be able to say the word “Book” and secondly, I was more of a Goosebumps kid. I did try to hunt down a copy of the books before I went to see the movie but I guess my local library must’ve been one of the ones to ban them and the only copy is the brand new one that is a tie in for this movie and I’m not paying 50 bucks to read some short stories, thankyou very much. This does allow me to answer the question of whether this film works without knowing the source material. The short answer is… kinda?

END_OF_DOCUMENT_TOKEN_TO_BE_REPLACED

The murder mystery genre has been kind of slow lately, the last major film in the genre being the Murder on the Orient Express way back in 2017. It’s always been a pretty fascinating genre, a large scale whodunit where someone is murdered and we follow the investigation into who the killer is. Often these movies would maybe take place in one location with everyone staying put so they could figure out who the killer was without having it spread. It’s also a genre that’s ripe for parody, as films like Murder by Death or Clue have proven how the genre can be taken to create some genuinely great comedy… and then there’s Murder Mystery, the store brand version of a comedy-mystery movie with all the ingredients and none of the flavour.

END_OF_DOCUMENT_TOKEN_TO_BE_REPLACED

In 2018, Ari Aster burst onto the scene with his critical darling Hereditary. It’s possibly one of the most tension-filled films in recent memory with a performance by its lead that can best be described as “Should’ve gotten an Oscar nomination and would’ve if the Academy had anything resembling a functioning brain”. It was a delightfully terrifying film that I ended up giving a three out of five because the ending really threw me. With over a year to think about that, while the ending really did spoil the tension for me I have to admit it deserved at least a four from me so keep that in mind as I’m going to be pitting Midsommar against Hereditary, because Ari Aster is such a unique filmmaker that his current work can only be properly compared to his other work.

END_OF_DOCUMENT_TOKEN_TO_BE_REPLACED

On this blog, I tend to stick to current releases, specifically things that came out the same year I wrote them since this entire blog came to be out of a need for me to try and see every film when it came out. This has meant that films from last year that I missed don’t get talked about and I haven’t done any classic films. Basically, it’s been nothing but new films, old editorials and Drag Race reviews and two of those things aren’t being done anymore SO from now on I’m going to try and do one review of an older film a week. Maybe it’ll be something you’ve heard of, maybe you’ll have no idea what the hell I’m talking about (a common response) but I’m trying something here so let’s see how it goes. To start with let’s go back to 1978 and talk about a classic bit of Australian cinema, Long Weekend.

END_OF_DOCUMENT_TOKEN_TO_BE_REPLACED

I almost feel bad for taking so many cheap shots at Netflix and their original films. I’ve lambasted them, I’ve mocked them, I’ve put them on my “worst of” lists but I swear I don’t do it intentionally. Netflix probably makes the exact same amount of good and bad films as any other distributor… the catch is that a bad Netflix film is one you can only see on Netflix with a Netflix branded logo right up the top hammering home just where you saw it. I also don’t mind that they have bought so many subpar films, they have to do their best to try and outright own as much content as they possibly can since they’re having content pulled by their corporate partners who are trying to make their own service. Hell, they just lost all of Disney’s stuff while Disney prepared for Disney+, I can’t imagine that Fox properties will stay on there for long thanks to the Disney merger and CBS is pulling a ton of its stuff too in preparation for whatever they’re doing with their own platform. I get that Netflix is trying to maintain a large number of films and aren’t that fussy about the quality… but god damn I wish they’d maybe try a little harder to not pick up the scraps that fell off Lifetime’s table.

END_OF_DOCUMENT_TOKEN_TO_BE_REPLACED

The Conjuring universe never seems to know when to stop trying to grow. With seven movies out since 2013, the low budget horror series has become a staple of horror cinema and really resurrected the haunted house genre. It’s been stumbling a bit lately though, with last years The Nun making a lot of money but getting savaged critically (I was mostly OK with the film, but I was also really early into my critical phase) and thisyears The Curse Of La Llorona which not only did badly with critics but it’s the lowest earning film in the franchise. Sure, it still made over $100million on a budget of $9million but that movie is a sign that maybe this style of horror might not be working as well… it’s certainly getting to the point where we’re beginning to see the cracks in this franchise thanks to the repetition, which leads us nicely to Annabelle Comes Home.

END_OF_DOCUMENT_TOKEN_TO_BE_REPLACED

Released: 9th May
Seen: 9th May

When I was growing up, the biggest games in the world were Pokémon Red and Blue. Every single person I knew had one of them; some people had both of them. I was always a Pokémon Red kind of guy who would happily pick Bulbasaur first because he would make it easier to get through the first two gyms (I know Charmander is cooler, but he’s also weak against the first two gyms and I played that game to win. Come at me). I also have vivid memories of when Pokémon Yellow came out and completing that game within a single sitting, only pausing to remove the batteries from my oversized clear Gameboy and clearing the gyms and elite four. It’s fair to say that a large chunk of my childhood included a monster that could be located in a pocket and then I did a very stupid thing… I grew up. I had less and less time to pull out a Gameboy and play whatever new Pokémon game was available; I didn’t keep up with the anime. I just kind of stopped caring about trying to Catch ‘Em All because I hit this time in life when it felt appropriate to put away childish things. I did recently pick up Pokémon Go because it’d be on the phone and a time waster but I kind of figured my love of Pokémon was dead. Then the trailer for Detective Pikachu dropped and a tiny little voice deep inside me screamed “I’m not quite dead… I’m getting better”

END_OF_DOCUMENT_TOKEN_TO_BE_REPLACED 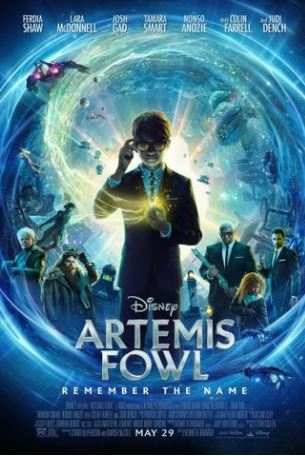