This review was going to start with a paragraph that would try to discuss the concept of postmodernism, originally I would go through the concept and throw out a few assorted examples like Duchamp’s “Fountain” or the movie Scream and then create this elaborate explanation about how it’s self-critical and how no one understands it. This is how a lot of my reviews begin, a tangential observation about the general concept of the film that is meant to provide context and to have something that appears before the “Read More” text on the main page. This allows me a chance to not only give a point of reference early but to make use of a stupidly expensive degree that I will probably never get to use in any other context… and that, my dear reader, is a postmodern version of the opening paragraph to a movie that clearly is trying to be a postmodern critique of romantic comedies. 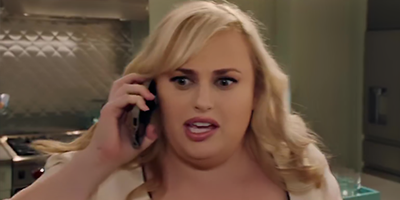 Isn’t It Romantic follows Natalie (Rebel Wilson) an architect who lives in New York. Her firm is pretty tolerable, she has a good friend called Josh (Adam Devine) who tries to help her get the confidence she needs to make her big pitch to the firm’s new client, Blake (Liam Hemsworth). She also hates romantic comedies because she was told by her mother (Jennifer Saunders, in the briefest cameo you could give a star of that calibre) that they didn’t reflect real life. However, after an attempted mugging causes Natalie to get a nasty bump on the head, she wakes up to find that her life is now a perfect reflection of a romantic comedy. Now she must go through her least favourite genre of them all in order to find true love or something like that.

For the most part, Isn’t It Romantic actually has some fun ideas behind it. They make a very pointed visual difference between the real world and the romantic comedy world, the intense change in the colours and giving every character perfect backlighting to create a bright halo around them is a fun visual nod that we’re in a cheesy romantic comedy. They even change how the camera moves, the opening scenes have a lot more obviously handheld camera work and everything’s just a little bit messy but once we enter the world of a rom-com, the camera glides and the framing is so perfect that it’s unreal. This is all a good way to tell this kind of story and actually shows that they put effort into communicating the difference between reality and movies. Where the film falters is that it has nothing really to say about romantic comedies. 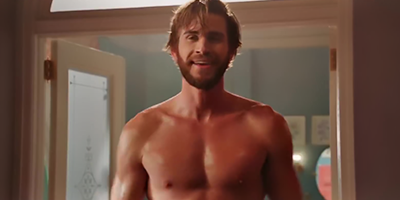 This movie is, quite simply, a romantic comedy and at that, it’s very good. It comments on the tropes as it’s doing them, but almost never does anything really subversive with them. While there is some good entertainment value in a character calling out a corny cliché just as it’s happening, what would really make this movie work better is if they actually subverted them. There’s only really one time they do something with the idea when they’re obviously setting up a trying on clothes montage and the main character explicitly says “No, we’re not doing that”. That’s one of the better moments where they actually call out the cliché and then subvert it, but it’s one of the very few times they do that kind of thing because most of the time they just have the main character go “God this cliché is so dumb” before doing the dumb cliché. Subverting all these tropes could’ve made this so much better. Compare this to a movie like Scream that also literally called out the rules of a horror movie, before it went ahead and broke every single one of those rules which threw the audience off and made them have no idea what to expect. If you’re going to do a movie about the clichés of a genre, you have to do something with that instead of just calling them out as you do them.

By not actually doing something with the subversion aspect of the story, what we end up doing is just watching a good romantic comedy with a likable lead and some interesting side characters. There are some good jokes here, some moments where they call out the cliché as its happening actually do work but, for the most part, it’s just another rom-com that happens to know it’s just another rom-com. It’s not awful, it’s a cute hour and a half that can be enjoyable… though I do look forward to seeing what happens since they used an image of Lindsay Ellis in the film without her permission which would be the third time that Netflix has been caught using content that doesn’t belong to them, after the Satanic Temple sued them over the statue in Sabrina and then they used a Lindsey Stirling cover of Phantom of the Opera without crediting her in Umbrella Academy so… yeah, third time this has happened Netflix, might want to look into that issue you seem to keep having. Cos that issue dropped half a point off your potential mark at the end of this review and I don’t like doing that, but I will in order to prove a petty point that no one other than me cares about… because I’m petty.