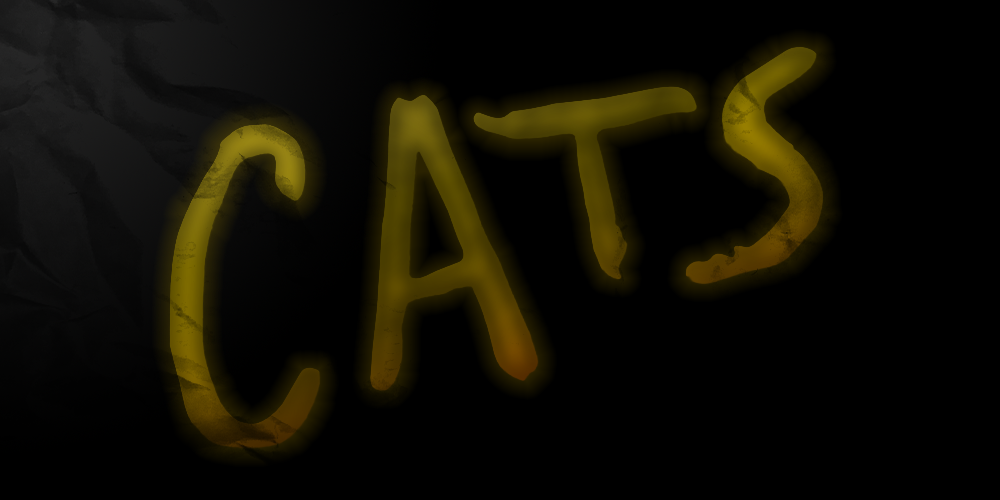 In 1939, T.S. Eliot wrote a book titled Old Possum’s Book of Practical Cats. In it, he wrote a series of poems about… well, cats. The book was beloved by many and would be the inspiration for Andrew Lloyd Webber to create the musical Cats in 1981. That show would go on to be the fourth longest-running show on Broadway, just behind The Phantom of the Opera, Chicago and The Lion King. It would also be the 6th longest running show on the West End, behind The Mousetrap, Les Miserables, The Phantom of the Opera, The Woman in Black and Blood Brothers. It’s made billions around the world on the stage and has delighted audiences for years with its story of cats that compete to kill themselves in a magical ritual… and then Tom Hooper managed to get some blackmail photos of a lot of famous people and forced them to appear in his adaptation of the infamously strange musical. That’s the best explanation that I can come up with for why these people turned up. Blackmail and kidnapping, they certainly weren’t there because they wanted to be.

Cats is the tale of the Jellicle cats. Jellicle cats are just like regular cats, except they’re human-sized and look like they came straight out of your horniest nightmares. Every Jellicle moon (which is a unit of time that exists) the cats come to make the Jellicle choice. The Jellicle Choice is when Old Deuteronomy (Judi Dench) picks one cat who needs a new life so that cat can go off to die somewhere and be reborn as a better cat. The cat that’ll be chosen is obviously the one with the song that people actually remember from this musical, but every other cat must sing about what kind of cat they are. While all this is going on, the evil Macavity (Idris Elba) desperately wants to be the one to die and then get reborn so he keeps magically kidnapping other cats so that he’ll be the only one left who can be chosen, because he genuinely believes that this plan will work.

So, I’d never seen the stage play this is based on. My only knowledge of it was the song Memory because that’s the part of this musical that everyone agrees is good. How the hell was this show able to become so big because literally, nothing about it works. On a fundamental story level, it’s just song after song where each cat introduces themselves, tells you their hobby, tells you the kinky sex act they like to do when you’re not looking and then tell you their name again. Then it’s onto the next cat and the cycle begins again, only breaking to belt out Memory and that song that they really think is going to get awards (it’s adorable that they think this is going to get awards that aren’t shaped like raspberries). That’s it, that’s genuinely it. How has this survived? Is it just surviving on people who’ve seen it going “Dude, you have to see this trippy show. It makes no sense and there’s nothing good about it, but you have to freaking see it”. Was it the drugs? Was it just that everyone was so high on cocaine in the 80’s that a show about cats seemed like the best thing to go see? I don’t get it because just on a fundamental level, the script is awful.

The script isn’t helping the actors, but then again I don’t think the actors wanted help because they just didn’t want to be there. No one, and I genuinely mean no one, is good in this. Judi Dench is performing like she can’t wait for the day to be over, Ian McKellen is clearly spending the entire time wondering what the hell he’s doing there and Jason Derulo is just trying so hard to prove he has a talent. Maybe one day, he’ll find one because it sure isn’t anything that requires him to be memorable. No one, I repeat, NO ONE comes out of this one looking good. The only two who come close are Taylor Swift and Jennifer Hudson and that’s only because they’re the two people in the cast with half-decent singing voices who manage to kind of sell the songs they’re given… and then you realise that they’re doing it while covered in awful CGI fur that never looks right at all and then they’re back on the bad pile. The performances are so bad that people’s careers should either end or need a hard restart. Derulo tries so hard to force himself to have a memorable personality, he has got the highlight of the film when he screams “MILK!” but sorry, back to making independent albums. Rebel Wilson will have to come back to Australia and do another low budget sitcom and prove she can make people laugh again, James Corden needs to just stop trying to be in movies as a general rule because he has yet to be in a good film (And he has four of them coming out next year… WHY?). Basically, everyone who isn’t either Ian, Judi, Jennifer or Taylor has to start their careers over again. Maybe Idris can stay but I’m going to need him to promise me he will never try to be a sexy cat again.

Why didn’t they just do makeup for everyone? Why not have people in proper costumes and some good practical makeup? Why choose to do this monstrous CGI that places everyone in the dead centre of the Uncanny Valley where film goes to die? It never looks good and they’ve done such a bad job that the film needed to send out a brand new copy with updated VFX because people could see Judi Dench’s hand… I hate to tell them this, but the hand is the least of their worries. The faces do not fit the bodies they’re put on, especially the cockroaches and the mice. People appear to be floating a solid inch off of the ground at several points. There’s one shot where Rebel Wilson’s character unzips her skin like she’s SuperTed to reveal a second layer of skin and an ugly pink dress and they couldn’t make the completely CGI ugly dress fit the completely CGI skin. The proportions for everything are just wrong, to the point where I genuinely don’t know if it’s intentional or if no one cared enough to actually try and make things somewhat cohesive. In this nightmare world, cats just grow and shrink randomly because no one could be bothered to work out the proportions when a house cat is played by a 6-foot tall human being.

Maybe this works a lot better on stage. The structure certainly feels like it’d be more forgivable on a stage where there are a lot of transitions and you can actually see talented dancers doing elaborate routines to the musical numbers. You don’t really see those here, the shots are so bad that it’s impossible to see half of the best dance moves and those moves are less impressive when the actor is floating an inch off the ground or clearly being helped by wires, CGI or just bad editing. I just do not know what everyone was thinking when they decided to make this, it’s so shockingly bad that I find it hard to believe that no one at any point said: “Hey, this sucks, how about we don’t do this”. No, this got made and has some major names attached and I don’t get why they would sign off on it. Hell, how did they not quit the second they realised how bad this was going to end up being?

And yet, despite everything being awful and wrong and bad… I kind of loved this film. There is not one single choice that was made that works, it’s bad on every level but it’s bad in that special way where it loops around and becomes amazing if you go in with the right frame of mind. I was lucky enough to take my father to go see this and while we were both horrifically traumatised by the absolutely awful things being inflicted upon us (my brain broke at the unzipping of Rebel Wilson’s skin, he managed to maintain sanity until Judi Dench looked directly into camera and stated that cats are not dogs), it was a deliriously fun time. Yeah, I will never be able to get the sight of Jason Derulo as a cat grinding his genital-less crotch out of my head, no matter how much bleach I pour in my eyes, but it’s so stupid and bad that I kind of want to encourage people to see it. At least go see it ironically so we can get the film to make enough money so they can talk a bunch of other people to appear in the adaptation of Andrew Lloyd Webber’s musical about trains that want to have sex!