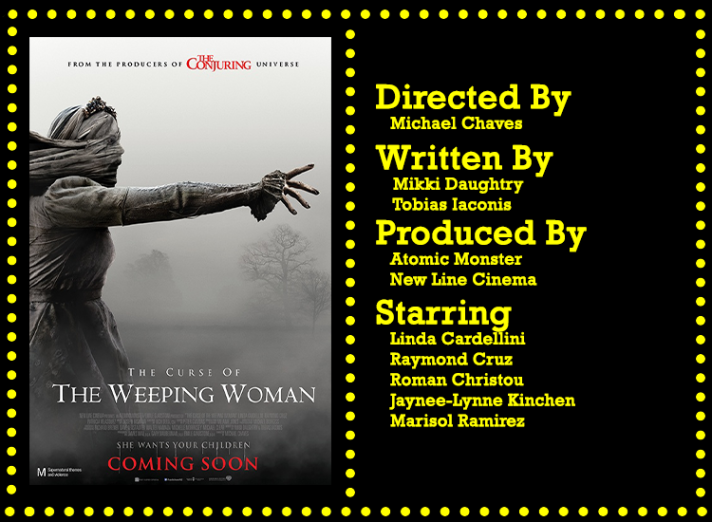 The Conjuring universe is one of the strangest cinematic universes that we’ve had in recent years. While other cinematic universes, like the one that Marvel has basically defined over the last decade, will have several standalone films that build up to a major event picture, the Conjuring Universe does things a little differently. It has the main central series which follows Ed and Lorraine Warren in their paranormal haunts (while never actually addressing the legitimate criticism that the Warren’s are basically doing an elaborate carnival act and preying on people’s fears) and then they put a creepy monster of some kind in those Conjuring movies and that monster will spin off into its own origin movie. Those origin movies tend to be painful to watch, with Annabelle being a snoozefest with no logic and even less thought put into it that basically relied on the movie Annabelle: Creation to salvage the concept while The Nun was basically average if I was being kind and if I were to re-review that film today I’d probably put it at 2.5/5 instead of a 3/5 but hey, that’s the fun thing about seeing every movie you can. The more you see the more you look back and have different opinions on different films. I have a distinct feeling though that when I look back on this film I’m going to still think it was basically a waste of time while also being a horrific waste of potential. 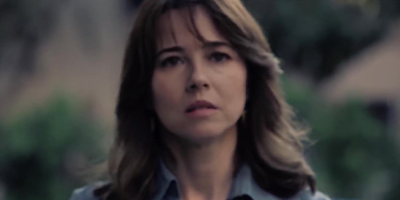 The Curse of the Weeping Woman, known as The Curse of La Llorona in America, is about a social worker Anna Garcia (Linda Cardellini) who recently lost her husband and is trying to raise two children of her own in the ’70s in Los Angeles while maintaining her very difficult job as a caseworker. She goes to the house of one of her clients, Patricia Velásquez (Patricia Alvarez) and there she finds the house covered in mystical objects, candles everywhere, crosses littering the walls and Patricia’s two children locked in a closet that they seem reluctant to leave. Anna ends up taking the children and putting them into foster care which leaves them vulnerable to the demon known as La Llorona who ends up drowning both boys, something that Patricia blames Anna for. Now Anna finds herself and her children being terrorised by the ghost of a woman in a dishevelled wedding veil who wants to take her children to go somewhere down where it’s wetter… drown them, the ghost wants to drown them, drowning is her thing. 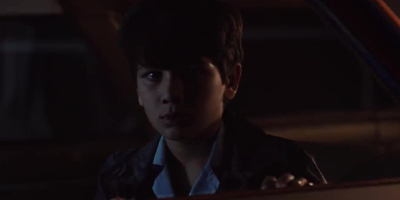 This movie is a unique entry into the Conjuring universe because far as I can tell, La Llorona hasn’t been brought up in any of the previous movies which means this spin-off is basically using the Conjuring brand name to suggest the type of film that we’re going to see. By using that marketable series title, we go in knowing that we’re going to get about an hour and a half of jump scares and probably randomly see the damn Annabelle doll because this series has decided to use that creation as its mascot. Well good news, if that’s what you wanted to see then you got it because that’s all this film is. It’s another Conjuring spin-off movie with no real variation, they even shoehorn in that goddamn doll because heaven forbid they somehow make it through one film without flashing the face of a doll that can’t be anything other than creepy looking thanks to its… I’m sorry, I got off on a tangent about the damn Annabelle doll, in my defence, it’s because this film is boring and I don’t want to talk about it. 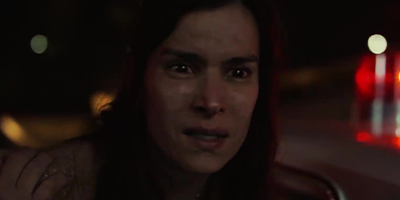 OK maybe calling the film boring is a bit much, some moments of the film do work. I enjoyed the few little comedic touches, having the children of the Linda Cardellini character watching Scooby-Doo got a little chuckle out of me (she played Velma in the live-action Scooby-Doo movie, for those of you who missed the defining cinematic moment of 2002) and the scene with the eggs is pretty good and if you go see this movie, which you probably shouldn’t, you’ll know the scene I’m talking about because it produces one of the few laughs of the movie. Some of the scares work, there is some element of tension going on and there are some long takes that show off the design of the house that actually create a good atmosphere that has some real potential to do something really interesting and then they remembered that this movie is in the Conjuring franchise and “Doing something really interesting” is against the laws that govern these movies, so they went back to loud noises and slamming doors because that’s scary… in the same way that you jump when a car backfires. 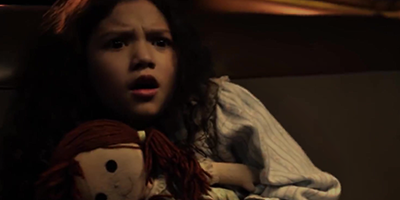 What sucks about this film not being scary is that the actual story of La Llorona is goddamn terrifying. Even reading the three paragraph summary of the original folktale on Wikipedia was enough for me to wish they actually delved into it more. It’s a haunting tale of loss and fear, of a mother having her children torn away from her and reacting to that by drowning them and as punishment, she was denied entry into the afterlife. There is so much real potential for something haunting, the horrors of having someone taking a child away from their mother is the worst nightmare that most parents will ever have… and this movie turns that into a loud scream, a slammed door and a broken mirror. You can almost see the real horrific potential of this movie aching to be unleashed, the potential for a story about social workers and parental rights is right there in the setup for this movie. It’s there waiting to be explored, they even touch on that potential right at the end when they suddenly forget basic editing conventions, but they never take their chance and actually go for it. They never go there because that would probably require too much thought and they already knew they were skating on thin ice because they were making a movie about how a nice suburban white family were being attacked by Mexican demons in 2019.

OH, right let’s tackle that fun topic shall we? The other problem with using La Llorona in this movie is that it turns this movie into a white woman being scared of Mexicans… and, again, DOES NOTHING WITH THAT. I know that it’s set in the ’70s (probably because they needed to pick a time period where people working as police officers and social workers could conceivably own a two-story home with a pool in LA) but for crying out loud could you think about the implications of the monster/victim dynamic for literally 7 seconds? Or, if you’re going to do it, could you at least address the elephant in the room because this film entered production in 2017, how the actual hell did no one back then think “Huh, maybe we should look into this”. Oh, also, this film was filmed 2 years ago and it’s being released now roughly a week before the most anticipated film of the decade… did someone catch on to how this movie was going to go and decide to intentionally bury it? I mean, that would imply someone thought about this film and, having watched it, it’s clear that didn’t happen.

The Curse of the Weeping Woman is potentially tolerable if you just want a reason to jump in your seat a few times for an hour and a half, or if you want to see a genuinely good Linda Cardellini performance and don’t have a copy of Legally Blonde lying around. It has problems all over, from overuse of tropes to a baffling desire to be as cookie cutter as it could be to just uncomfortable racial discussions that I’m in no way qualified to have. Moments of a genuinely good film are there just begging to be seen, begging to be noticed, begging to be in a film that deserves to have them but their cries go unanswered because this is a film in The Conjuring franchise and unless it’s a loud noise or a questionable claim of legitimacy by a pair of psychic detectives, it’s not wanted here.