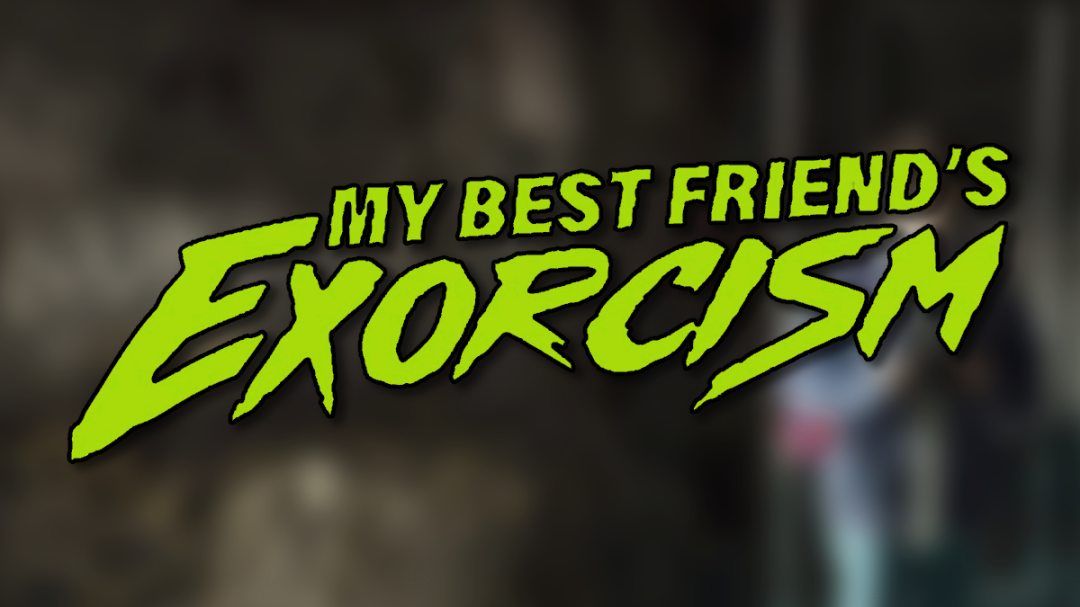 1973 saw the release of The Exorcist, a film that’s still regularly considered the scariest film of all time. The stories of what would happen during the screenings of that film are legendary, people throwing up in the aisles, fainting in their seats, running from the theatre screaming in terror. It was an absolute phenomenon and it also effectively created the modern demon possession film as we know it. All the tropes of the genre basically originate from here and everyone since has tried desperately to match the effectiveness of the undeniable classic. The latest attempt to join the genre is a little teen comedy spin on the concept, My Best Friend’s Exorcism which could’ve been fun but like most teenagers, it feels unsure of itself.

My Best Friend’s Exorcism, based on the 2016 book of the same name, takes place in 1988 and follows lifelong best friends Abby (Elsie Fisher) and Gretchen (Amiah Miller) who are dealing with the standard high school drama stuff. One day the girls are partying with their friends Glee (Cathy Ang) and Margaret (Rachel Ogechi Kanu) when they decide to try LSD. As expected, they don’t have the most fun trip but things turn weird when Gretchen starts acting very different, almost like she’s been possessed by a demon of some form and now Abby will need to do an exorcism, maybe with the help of uber-jock Christian (Christopher Lowell), in order to save her best friend.

My Best Friend’s Exorcism has got an undeniably good concept behind it, as evidenced by the mostly positive reviews of the novel that inspired it. The idea of, as one review of the book describes it, The Exorcist meets Heathers is loaded with potential for something dark and hilarious and fun. At this point, the exorcism genre is so well worn that the fresh take could really liven things up… if they had done that. Instead what we get is a tepid high school drama with an exorcism thrown on at the end as a little treat for making it through this rather boring little film.

It’s not like My Best Friend’s Exorcism is trying to be boring, the dialogue is that classic cheesy Whedonesque dialogue that’s basically infected all of pop culture ever since Buffy hit screens and more often than not that can lead to some half-decent jokes. You can tell they really thought the scenes with a 38-year-old trying to play a teenage bodybuilder were funny, you can almost hear the people on set giggling at their own funny jokes that they are so sure that they’re making… and none of them works, not a single line gets so much as a half-hearted chuckle and it’s certainly not going to be that scary.

When it comes to actual scares, something that is almost mandatory if you’re going to tackle the exorcism genre, there’s just nothing here. The possession itself is just basic stuff that we’ve seen done better (Projectile vomiting and pissing on the floor) and when they finally have Abby tied to a bed to do the actual exorcism, with their nearly 40-year-old teenager screaming bible verses and throwing salt on her, it’s not even that intense because they never show anything. It’s like they’re afraid to actually do the damn exorcism idea that the entire film literally revolves around. They can’t commit to it with enough gusto in order to make it work,

You can tell My Best Friend’s Exorcism is trying its best to straddle that line between comedic and horrific, trying to do a little of both but it just never gets either. The jokes never end up working, often just being kind of stupid in a way that never really registers and any attempt at a scare is so half-assed that it couldn’t scare a small child. When you have neither of those things working for you, what you end up with is just a long exhausting time that just feels endless and dull.

My Best Friend’s Exorcism just doesn’t cut it on any level. There’s nothing here that’s even worth thinking about, not a single joke worth reciting or a scare worth screaming about. The performances are fine if you have to be nice about it, most of the people here at least act like teenagers (even if one of them is, I cannot stress this enough, 38 years old) but that’s the kindest thing you can say about it. There are far better movies about teenagers in high school dealing with demons, watch literally any of them because this is basically a sleep aid disguised as a movie.