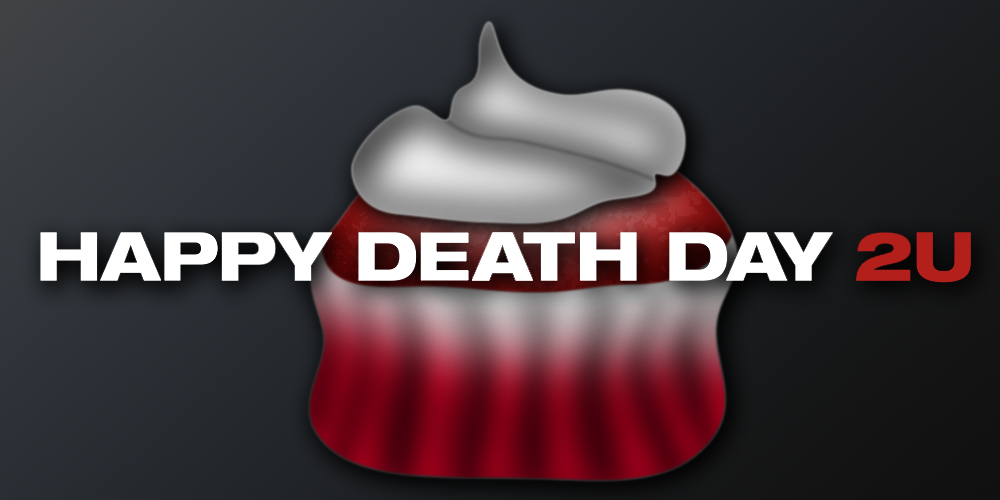 In 2017, the year I started reviewing, I was unfortunate enough to be embroiled in a large amount of University work. Because of that, any movie that came out during October of that year was impossible for me to get out and watch. One of those movies was Happy Death Day, which I heard a fairly large amount about but didn’t get to watch until mid-January 2018 when it came out on DVD. Having seen it, let me state this clearly as I can… if I had seen that movie in 2017, it would’ve been on my Top 10 film list that year and probably on the upper end of that list. It is one of my favourite slasher films of all time, it’s deceptively simple concept (Groundhog Day, but it’s a slasher!) and the charming performance by its lead actress created an engaging horror comedy with several moments of brilliance and pulled off one of the hardest things you can do as a modern slasher movie… be PG-13 rated and not suck! So when I heard there was a sequel planned I was pumped, I was eager to see how they would follow this idea with another film and honestly, it’s pretty good.

Happy Death Day 2U once again revolves around Tree Gelbman (Jessica Rothe) who finds herself waking up on the same day over and over again with a man in a baby mask constantly trying to kill her. Except this time, she knows that the reason she’s looping is because of MAGIC SCIENCE and so she must figure out how to use more MAGIC SCIENCE to close the loop. The problem though? Not only is Tree looping, but she’s also in the wrong dimension and this one has her dead mother back to life… MAGIC. SCIENCE.

Now, that all sounds insanely convoluted and stupid and is absolutely is… it’s also brilliant and awesome and I love it. I love it because when I type MAGIC SCIENCE in all caps, I don’t mean that as an insult. That’s how the film treats it, they basically just say that this is MAGIC SCIENCE and that’s all you need to know. It’s the reason the loop starts again and is a quick explanation so they can push that to the background while focussing on the actual main storyline, that of Tree dealing with the death of her mother. The second that the mother turns up, the emotional core of this film becomes apparent and you get to see the true range of Jessica Rothe as a performer because this film forces her to go through all the emotions. She goes from moments of pure cartoonish slapstick to some incredible emotional performances when she has a serious talk with her mother (Who, I remind you, should be dead).

Thankfully you do not need to see the original film to follow this one, they give the audience a very quick explanation of what happened so it’s easy to catch up and understand the premise (though I really suggest watching the original anyway, it’s really good). There are some moments where it would help, you might appreciate why Tree looks so pissed when she passes a few specific events or how she reacts to a few people, but you don’t need it in order to follow the actual plot of the movie. It’s a fitting follow up, taking the original film’s story and ramping it into overdrive to see just how far they could push this. 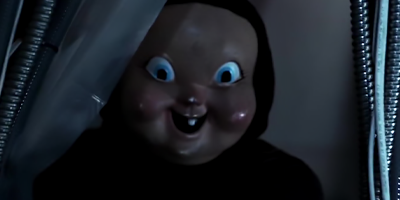 This film also does something I genuinely hate, but they found a way to do it in a way so I’m fine with it. They explain, explicitly, why the weird stuff is happening. I hate that in slasher movies. I hated it when I was told that the reason Michael Myers was evil was because of a cult, I hated it when I was told that Jason knew where everyone was because of a series of strings and bells. Explanations of these things tend to pull out all tension and make something creepy into something silly. It’s silly once you sit there and think “He heard a bell and that’s why he knows where they are”, it’s silly once you go “Michael has a tattoo of the cult of thorn on his arm and is compelled to do evil. Do you know why that works here? These movies are already gloriously silly from the start and tension was never an issue, plus this one doesn’t really care about the explanation. Sure, MAGIC SCIENCE is a constant element, but it’s not like it matters. It’s there to say “So, here’s why we’re looping again” and that’s it, it could’ve been replaced with literally anything and it doesn’t matter. It’s a quick easy excuse to get the looping gimmick back and it doesn’t feel like it takes away anything from the cleverness of the original.

Now there are, of course, a few minor things that did bug me. I don’t think we got nearly enough time dealing with the killer, who basically only turns up because they’re part of the iconography. If anything, Tree kills herself more than the killer does. That’s actually a potential warning, there is an entire sequence I will lovingly refer to as the “Suicide Science Scene” where Tree basically has to keep learning a bunch of science and then killing herself in order to reset the day and while that scene borders on a cartoon, if that kind of thing is triggering to you consider this your warning. That cartoonish tone might be a problem for some people, for me I dug it. This film is definitely leaning more towards comedy than horror, even more so than the original did. It gets that this concept is just silly and plays that up, even during the end credits when Lizzo is belting out a cover of Staying Alive because what other song do you use for a movie like this?

Happy Death Day 2U is a fun follow-up film that doesn’t quite match the brilliance of the original, but it didn’t need to. It creates an interesting story that lets the core group of actors show off and does something interesting and new with a concept that I honestly thought could only hold for one movie. I don’t know how many more of these they could do (though if they do a third one I am hereby pitching the title of Happy D3ath Day) but if they do more I won’t be upset by it. See the original first and then go catch this one, it’s a lot of fun.

PS: There’s a mid-credits scene that isn’t essential to the plot, though it might possibly be there to set up another sequel, and it has a pretty great joke in it so it’s worth watching the credits. If nothing else, stick around to hear Lizzo’s amazing cover of Staying Alive (again, this film knows what it is, and I appreciate that)