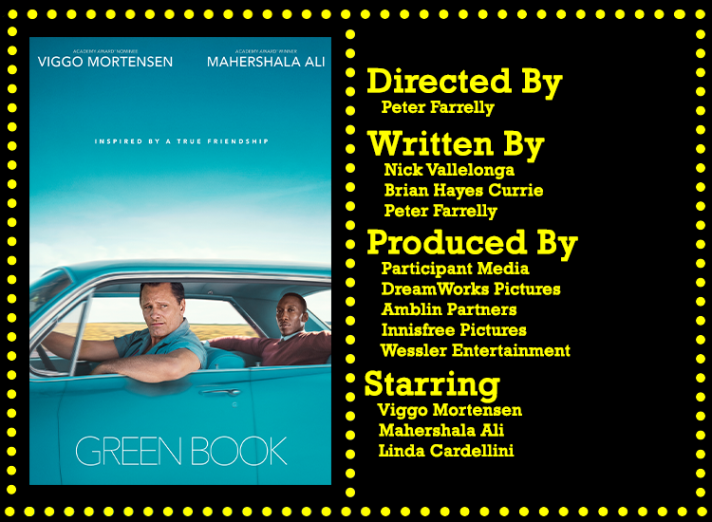 When it comes to topics that will spark an intense conversation about a movie, there is none quite as fraught as the delicate subject of race. It’s a subject that must be handled with care because the fact of the matter is that when trying to explore the history of racism in a movie, you can run the risk of accidentally making things worse in your attempt to explore it. I’m certain, for example, that the filmmakers behind Crash had the best of intentions when making their film regarding racism and were clearly trying to explore what causes it. At the time the film was given critical praise and a Best Picture Oscar… now we look back on it as a poorly executed film that is all surface and no depth. Even the people who gave it the award now look back and say “Oh damn, we should’ve given it to the one with the Cowboys”. To quote Ta-Nehisi Coates article ‘Worst Movie Of The Decade‘ from The Atlantic:

“I don’t think there’s a single human being in Crash. Instead, you have arguments and propaganda violently bumping into each other, impressed with their own quirkiness.”

For the record, I only know this quote because of Lindsay Ellis’ fantastic video essay on the movie Bright, another film that brought up racial issues without thinking them through for more than about 15 seconds. The point is that this is a very tough topic to talk about and I want to address this difficulty at the top because I’m aware of how important this is and how, as a white person, I’m probably the last guy who should be talking on this topic… HOWEVER it’s an element of the film I saw, I talk about films I see here, so it would be pretty weird if I didn’t address it in some way. I encourage you to seek out reviews of this movie by people of colour who can undoubtedly address this topic better than I can, but since you’re here let me fill you in on my thoughts about this movie.

Green Book is a film that’s inspired by (note: Not ‘Based On’, ‘Inspired By’, there’s a difference) the, allegedly, true story of Tony Lip (Viggo Mortensen), a New Yorker who is so comically racist that he puts glasses in the garbage bin because a pair of black men doing repairs in his apartment drank from them. I say comically because this moment is played as a joke and we’re meant to laugh at his obvious racist act that goes uncommented on by his wife, Deloris (Linda Cardellinni), who merely retrieves the glasses from the bin without mentioning it. She, presumably, doesn’t mention it because she’s used to the racism that surrounds her because not only is Tony obviously a racist but Tony’s family insists upon being in the apartment when those black workers are there (Even calling them “Eggplant”, a term I’m going to let you look up on your own). Tony Lip, noted racist, ends up having to take a break from his regular job at the Copacabana when it closes for renovations.  In order to continue to put food on the table he takes a job for one Dr. Don Shirley (Mahershala Ali) where he agrees to drive the doctor of music through a tour of the deep south. While doing this he’ll have the task of watching from a distance while Dr. Don deals with the issues of 60’s racism and only getting in any way involved in the issue in the climax in order to show that he’s grown as a human being and no longer suffers from the racism anymore. We will know that he no longer suffers from the racism because he’s spent eight weeks driving around a black gay man and therefore is all better now, even though a large amount of those eight weeks were spent teaching Dr Shirley how a man is meant to eat fried chicken and making sure not to leave his wallet in the car with the Dr in a scene that actually gets a laugh because Tony being a racist who does racism is funny. And as the film goes on, you can almost hear the writer begging “can I have my Oscar for fixing racism now?”

This film has been mired in controversy from all sides for a fairly long time now, from the director having to come out and apologise for tricking people into looking at his penis, to the writer (and son of the main character of this film) deleting his twitter account when tweets of him being overtly racist towards Muslims emerged. Fun fact, the person who should be the actual star of this movie is a Muslim, so there’s a FUN bit of trivia to throw on top of everything. Oh, also the family members of the character that should be the star of this film (I’ll get to it) came out and referred to the film as a “Symphony of lies“, something that the writer of the movie (again, the son of the main character of the film) disputes. The controversy surrounding this film is more interesting than the film. It’s a film that posits the idea that racism can be cured by a good stern talking to by a person of colour and that’s about it, and if that was true then can we get a Muslim person to give the writer of this film a good stern talking too so maybe he’ll cut that crap out? Oh, and also that racism is stopped only when a white man runs in with a clenched fist ready to fight on behalf of those actually affected… because the white saviour complex is a thing that this film practically bathes in so that every frame is soaked with it. 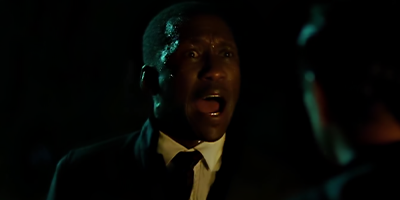 The film itself is, at best, fine. It’s a feel-good movie about racism and the people it’s trying to make feel good are the ones who have probably never had to actually directly deal with the effects of racism in their lives. It wants to reassure the audience for this film that they can’t be racist if they had a black person they can drive around and share an apple with. It wants to make the audience identify with the racist character who finally starts to notice the racism that everyone else is doing, which might work for some people but for me it feels hollow. This is a problem that could’ve been solved easily if the story was focussed on Dr Shirley but it’s not, it’s all about Tony and how he sees the racism that Dr Shirley is dealing with. It pushes the actual victim of racism into the secondary role where we can witness how other’s react to his pain, but we rarely get to see how he reacts to his situation with the exception of one scene in the rain which is basically the scene that Mahershala put in to get every award because the one moment we get to see him finally address how the world treats him is the most powerful moment in the film. All that being said, his story is not the main plot of the movie which is why you’ll notice that Mahershala is nominated for SUPPORTING role instead of lead, because this story is all about (Shockingly) the white guys experience as he not only learns that racism is bad but also teaches the black man that he’s driving about who Aretha Franklin is and how to eat fried chicken. Oh, also we never actually see the worst things that Dr Shirley has to tolerate until Tony comes in to save the day because we need to throw a little of that white saviour narrative in there. Did I mention that the son of Tony is the writer of this film that, for some reason, has a nomination for Best Original Screenplay? I’m not saying the screenplay is bad, but best? Really? 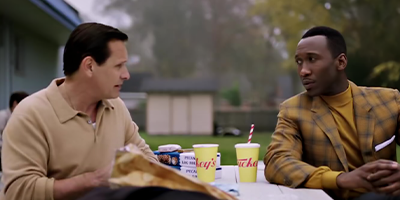 Now, while there are a large number of problems with this film, I must admit that there are still some good elements. It’s not even a slight shock to me that the two main actors are getting so much praise because it’s well deserved, they make it possible to enjoy this film a fair amount. Viggo Mortensen makes it easy to follow his character journey and he plays him well, I don’t think he ever gets to fully likable, at least not for me personally because I’m just so tired of the lovable bigot thing… maybe it’s just the times we’re in, but I’m so done with that concept. You definitely can see a great performance out of Viggo throughout this film, one that definitely deserves a lot of praise. The best performance is easily Mahershala who will easily be taking home that supporting role Oscar, even though he should be up for lead and would be had the filmmakers realised that their story about racism should probably focus on the guy experiencing it. I also do have to comment on the cinematographer for making a film that looks really good, I can’t fault any of the shots for a second. There are a lot of interesting framing choices that really let the performances shine, a lot of the best work is amplified by the correct framing that manages to make this buddy movie somehow sort of work, despite the unavoidable problems that contextualise it.

At the end of the day, this is really a film that leans on its main actors to not only pull it through the obvious problematic issues I’ve spend over a thousand words describing, but to provide a strange charm to this film. Despite the issues this film has, the performance by the leads is really great and if you just want a “Make the white people feel good about how they aren’t racist thanks to their black friend” movie, this will absolutely do that. It’s not bad, but it’s not great. It’s a story of racism as told by white people from the perspective of a white person with the intent of showing how a white person can end racism by punching more obvious racists in the face as hard as he can. I’m not a fan of it, I hope to god it doesn’t win the best picture (Because goddamn it, Spike Lee deserves that award this year for BlacKkKlansman) but I can at least get how you can watch this film without knowing the context around it and enjoy it… my viewing just suffers from knowing that context.