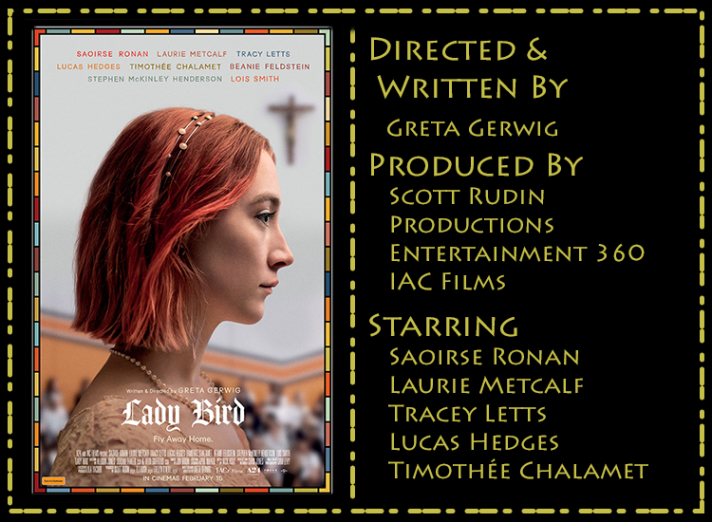 Lady Bird? Is that your given name? 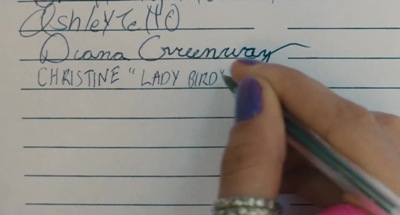 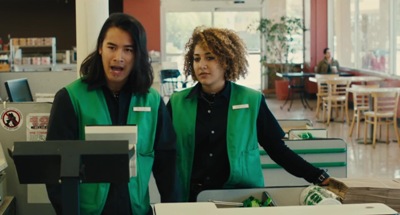 Lady Bird as a film is a slice-of-life dramedy that doesn’t really rely on an over-arching plot, it’s simply showing the time period between 2002 and 2003 in one woman’s life and it’s surprisingly sweet considering that Lady Bird as a character can be… well, a pretentious 17 year old. We all know a girl like Lady Bird, that teenager who died her hair and took on a pseudonym for no reason. We’ve all met someone who had that desire to get into a school they were clearly not qualified for. Lady Bird is a person who we all know, we probably hung out with and smoked clove cigarettes with her at some point.

Along with all this, the film is also a look into a strained relationship between a mother and daughter. Specifically it looks at how a mother’s attempts to provide for her child can appear to be overbearing in the moment, but are more able to be appreciated as time goes by and it adds a nice layer to this story. 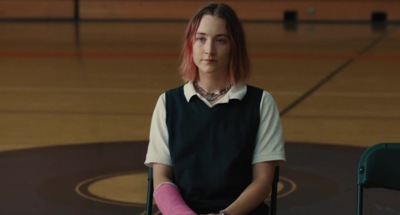 Saoirse Ronan as Lady Bird does something I genuinely did not believe that anyone could do. She made me like the most pretentious teenager I’ve ever seen. Normally, when a movie of this nature has a pretentious dramatic teenager I tend to tune them out because I don’t need that kind of drama in my life but, somehow, Saoirse makes her character impossible to look away from even at her worst moments. When Lady Bird lies to her new friends about where she lives, an action that normally would make me annoyed at a character, I can’t help but hope things work out for her. It’s a testament to her skills that she was able to pull this off and make even some of the sillier moments in the script feel completely charming. 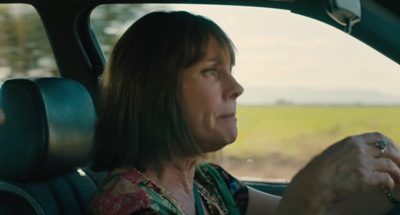 And now, allow me to be person 24601 to praise endlessly the performance by Laurie Metcalfe who turns in a performance that in any other year would’ve already netted her every award possible. She is what holds this film up to the sky, her performance is so nuanced and emotional that it becomes impossible to see the actress. All I see is a mother who is desperate for the best when it comes to her child, even though she knows she can’t provide it. She has so many great performance moments where she doesn’t even need to speak and you know how much it hurts when Lady Bird screams at her or when something goes wrong. Laurie is firing on all cylinders to create this complete person… and if she wasn’t nominated in the year Alison Janney made I, Tonya she might have a shot. 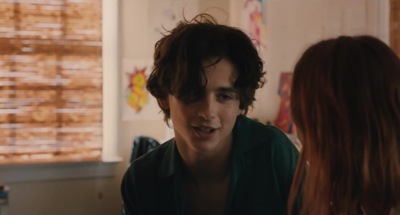 The supporting cast is something special, with particular nods to Beanie Feldstein as Julie and Timothée Chalamet as Kyle Scheible. Both of them really have to play a second fiddle role in the life of Lady Bird, with Julie being her best friend who she grows apart from and Kyle being the second boy she’s ever dated. In their own ways they have to provide an effective counter to Lady Bird and they give her a lot to work with. Scenes like Julie and Lady Bird going to prom or the loss of virginity with Kyle are scenes where both performers are able to have their moments while also really bouncing off the lead. Also it’s really nice to see another side to Timothée Chalamet so soon after Call Me By Your Name, this feels like it’s the year where he’s going to be able to take his career to the next level. It’s also the inevitable start of Beanie’s rise, because after this movie I will be shocked if her phone ever stops ringing.

What if this is the best version? 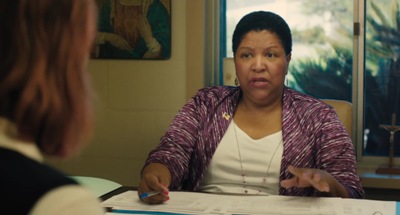 The only portion of this film I had some mild problems with, and I mean so mild that I’m picking the nits off of nits here, is the script. There are some lines of dialogue that do not work for me, some jokes that feel like they fell flat or some moments of drama that didn’t quite land… for me at least, for you they may all be grand slams. I also have some mild problems with the pacing. It feels like we’re floating by big events so fast that there’s barely any time to take some of them in. There’s a reveal regarding a crush that Julie has that’s shot down in one scene with no real follow up, or sequences that seem to just come out of nowhere. They’re enjoyable sequences, it’s still a good script, but I feel like there was a lot cut out. My feeling may be backed up by the director saying that her original script was 350 pages long so naturally when you cut that down to a 90 minute feature there’s going to be some elements lost. What I’m saying is that I’d of been down with a 2 hour cut of this film. 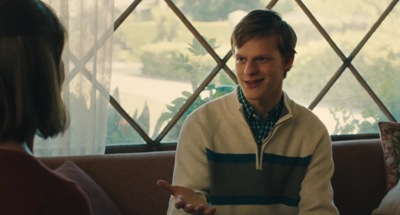 While I may have the mildest problems with her script, the direction by Greta Gerwig is no joke. She pulls out performances from her actors that are nothing short of incredible and the way she has arranged the film makes it work wonderfully. Scenes in the second hand clothing shops are some of my favorites purely because of how she’s put them together, the simple shot choices and careful framing sells everything perfectly. Her use of montage also made me pretty happy, just the little details found in each shot worked so well for this story. This film is what happens when you give Greta Gerwig a budget of 10 million… imagine what she’d be able to accomplish with a blockbuster? I know I’m curious to find out after this.

While Lady Bird isn’t perfect, it’s as close as one could imagine a film of this kind getting. With performances that shine from every major and supporting cast member to direction that exceeds expectations, to a script that captures the essence of a teenage life (Even if it makes you want more), this film is a sheer delight and shows us exactly what we’ll be able to point at when we all wonder “Just how did Greta Gerwig become one of the biggest directors in Hollywood”, because if she can make this then I’m positive she could make anything.

One thought on “Lady Bird”