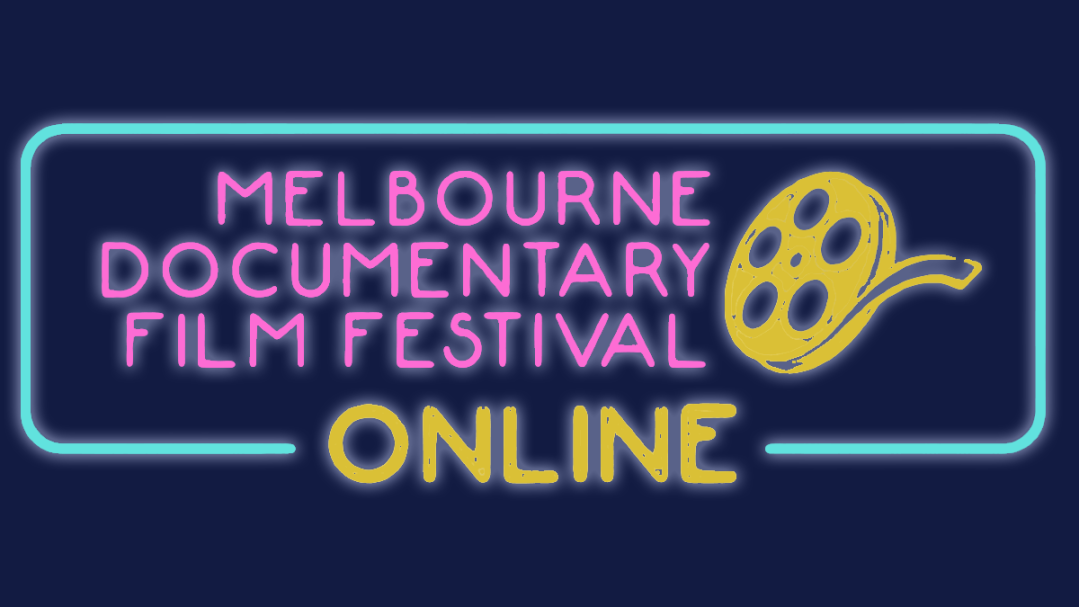 Well there’s only 2 more sets of shorts left to go for the Melbourne Documentary Film Festival… so naturally I’m going to go with Session 2, that makes perfect sense at this point, right? We’ve got a good batch to go through so let’s do this.

Yes and (Directed by Aly Zhang) takes a look at the comedy rap improv duo ‘Rhymezone’, made up of Cristina Spizzica and Jeremy Hughes. Together they have made a career of standing in front of an audience and making up comedy raps based on audience suggestions but in this short documentary we get to have a look at what makes them work together so well, the enthusiasm they have for their artform and just the general joy that seems to exude from both of them as they talk about their art. Very quick but very effective at showing just how much joy can be brought thanks to finding the artform you enjoy the most.

The Last Typewriter (Directed by Yauming Chiam) is about Tom Koska, the owner of the last typewriter shop in Melbourne. Throughout the interview that takes up the entire short, we learn about how Tom came to be part of this business and how he’s managed to keep open a shop that specialises in an old lesser-used piece of technology. Not only do you get a glimpse of his professionalism, but his warmth and passion come through as he just talks lovingly about his work. It’s the kind of film that makes you wish you had a typewriter on hand just to have an excuse to meet this incredible man in person.

My Friend Paul (Directed by Emmett Redding) might be the shortest of all the shorts at the shorts festival but it has the most interesting visual style. Telling the story of a childhood friendship, My Friend Paul uses a very simple visual technique to give the story life by having the camera slowly move between photos that correlate to the story being told and having those photos come to life with some adorably childlike animation. There’s a charm and sincerity to it all, a unique visual style and some gloriously well written narration that really helps create the feeling of childlike joy that makes up the short.

An Introduction to Genre (Directed by Shannon Marinko) plays like a comedy sketch, just with educational value. David Stratton (an Aussie film critic who co-hosted a movie show down here for years) teaches the audience about movie genres with the assistance of a troupe of performers who do skits that describe the elements of each genre as literally as possible. It has all the subtlety of a brick being inserted sideways up a urethra and it’s glorious as hell while doing so, actually providing a pretty great explanation of a large number of genres with quite funny reenactments. I for one will not get the image of a Jason Voorhees-esque character sitting up dramatically and yelling “FRANCHISE” out of my head for quite a while

Icebergers (Directed by Darcy Newton) introduces us to a group of cold open ocean swimmers known as the Icebergers, so named because the ocean they swim in can approach freezing temperatures and they still swim in it. Through a series of interviews with the people who make up this group, the community that’s formed around this early morning activity becomes apparent and the various fascinating people who take up this sport make it sound so inviting. If you’re able to make “Waking up at the ass crack of dawn and dive into freezing waters before the sun’s even bothered to get up” sound appealing, you’re doing something right.

An Improbable Collection (Directed by Bruce Beresford) details the lives and art of English painters Sir William Orpen and Sir Frank Brangwyn. Through interviews, archival footage/photos and, naturally, images of their artwork we are given a rundown of these men’s lives, from going to war to marriage to their attempts to get their work into galleries who wouldn’t even accept their art as donations. It’s a fascinating tale of a pair of truly talented people who had a brief moment of popularity with their beautiful paintings but were soon to be overshadowed by newer artists. If you’re a sucker for documentaries on artists, like I am, then this is the one that to leap on

Beyond the Burning: Voices from the East Gippsland Fire (Directed by David Franjic) gives voice to the people who made it through the Gippsland fire, which happened around the time of the Black Summer fires of 2019-20. The fires in question were horrific, turning the sky blood red and forcing residents to run to a nearby lake for safety. The images of the residents having to wear masks (way before it was cool) while in boats in the middle of a lake just to keep from getting caught by the fire were emblematic of the problems that Australia faced thanks to the bushfires and now the residents get to tell what it was like to live through that, but also what it’s been like since those fires. Learning how they’ve tried to recover and adapt, even while dealing with Covid, is a fascinating thing. This would be a fantastic, albeit depressing, companion short with Black Summer so you can have a full overview of just what happened during the bushfire season that started 2020.

And that’s all the shorts that are in Session 2. Only one more session left to go, maybe we’ll even get another feature documentary in before the festival ends. You never know what I might post next because I’m a wild and crazy guy… who doesn’t know how to end these things properly so sometimes I go with dated Steve Martin SNL sketch references.