In 1991 Disney released Beauty and the Beast, a film that practically saved the studio and pushed it into the renaissance period of the studio. That period was hinted at with Little Mermaid but it’s Beauty and the Beast that reminded everyone that Disney still had it, soon followed by Aladdin and Lion King, it was a period in time when Disney was on top again and holds the distinction of being the first animated film to be nominated for Best Picture. It’s a goddamn iconic movie… so why the actual hell would anyone remake it?

I’m going to start with the good parts because there’s some major bad things that just pissed me off. I like the additions that they made to this movie… OK, one specific addition about Belle’s mother. Namely the addition of a magical book that lets beast transport anywhere he wants. It was a genuinely sweet moment that gave a little bit of back story, gave the main characters a chance to talk and get to know each other… and then it’s completely forgotten during the climax of the film where a magic book that can transport you to, say, the back of a carriage where your father is being held against his will by the town sociopath. Just saying, would’ve been useful right about then but no one thought to grab the book and do that, but we need a dramatic shot of Emma Watson riding a horse in the pretty yellow dress so shh, ignore the plot hole.

The casting of Emma Watson was pretty much perfect, she feels like Belle when she talks. When she is walking around, talking, interacting with everyone else it feels like Belle should. She has a lot of really fun scenes where she’s talking with Kevin Kline (Who plays her father) And there’s a genuine connection there. The way he’ll barely get through asking for something and she’ll have it is a wonderful little touch that really sells their relationship. I love when she’s talking with the Beast, the two of them interact in such a interesting way that feels like the original film. I really love the scene where Gaston (Played pretty much perfectly by Luke Evans) tries to convince Belle to marry him and she tells him no… in speech, when she’s talking. Without music. Not singing. Her speaking part is a good thing… and let’s go to the bad.

Emma Watson can’t sing. She can’t, not like Belle can. Belle is meant to have an angelic voice that flows seamlessly. Go back to the original movie and listen to her part in “Belle”, every note is perfectly held and flows effortlessly into the next. Same during “Something There” during her solo, it’s meant to be the sweetest thing you’ve ever heard. Paige O’Hara could sing, she was a Broadway actress who has some serious pipes and knows what notes to hit. Now Emma… Let’s just call it like it is, she’s using Autotune. She is using a LOT of Autotune to hit those notes and there’s some points where it’s painful. NOW had they dubbed her, I’d be fine with that. People used to be dubbed in musicals all the time, hell Dubbing is literally one of the important plot points to Singing in the Rain it’s that important to the art form. Either that, or stick with what Emma was actually sounding like and go with it. But there is autotune there, and it hurts, and I can literally hear you pushing her voice into the high notes that she did not hit and it’s awful and stop it.

Who the hell picked gold as the only color we’re going to see for about 90% of the movie? Every shot is so drab and dull, bordering on monochromatic in several places. I swear the Beast literally changes his outfit in order to match the color of the room he’s in. The only thing that stands out is Belle and if that’s a genuine creative choice then everyone needs to be fired because it’s a bad choice that bad people make. Again, comparing to the original (Because that’s what everyone is going to do, they have to expect that!) even in the scenes where everything was a similar color they were different shades, they popped just right. The iconic ballroom scene is almost entirely blue and yellow, but the colors are bright and warm, they aren’t all the same shade, there’s pops of other colors to make it feel alive. You get drawn into every frame and they frame every shot just right so that you get to experience the majesty of the ballroom but it’s also not drowned out.

Oh that reminds me, speaking of the ballroom scene, whoever blocked the camera for that is also fired. The original is full of glorious sweeping shots and the camera revolving around the main two characters, something that’s obscenely hard in animation because you have to constantly adjust sizes of the characters. In real life, you put a fucking camera on a fucking crane and make it go up and down. It’s nowhere near as magical as the original was, even though you have Emma Thompson singing the song (And she’s passable, she isn’t Angela Lansbury but literally no one is so I give that more of a pass)

Oh god and the beast, fuck the beast looks stupid. I genuinely started laughing the second I saw him. Ron Perlman’s Beast looked less silly, and that guy had Planet of the Apes face and the hair of an 80’s rockstar! Eventually you do get used to this new beast, once they’ve sprung him on you they stop trying to be dramatic with him but oh god that first reveal is the funniest goddamn thing I’ve seen.

Speaking of things that look stupid and horrifying and will give me nightmares, who the fuck designed Lumiere and Cogsworth? Horror movies wish they had those designs. Again, you get used to them (Because you’re forced too by their faces taking up the entire damn screen) but my god that was horrific. I understand that you have to change the designs a little in the transfer from Animated to CGI but holy crap, that was disturbing.

Alright, back to good. The “Be Our Guest” scene was genuinely great. That is one of the highlights of the original and to be fair, this movie did it really well. They had a lot of great musical references to Cabaret or Busby Berkeley numbers in there which I appreciated and when I saw they had actual color in the frame I almost died from happiness. It was big and bright and beautiful and made me want to see more.

Of course “See more” meant I had to see the first scene where Belle spots the rose and yeah, that’s kinda got problems. Tiny ones though, she doesn’t actually get to touch the glass in this version where as in the original, she goddamn lifts the glass container up so there’s a genuine reason for the Beast to think she damaged it. That’s not in this one, but I feel like that’s a nitpick and I have bigger problems (Yeah, I got more problems)

…LeFou. Le. Fou. So LeFou is gay in this movie. Like, they basically just state it several times but… no. I’m sorry, I’m all for representation but frankly it never feels like he’s this oppressed gay man who doesn’t want to come out, it feels like Josh Gad ad libbed enough campy moments that they went “Screw it, he’s gay”. It’s annoying because it’s almost all looks and suggestions, when he’s straight up asked why he doesn’t have a girlfriend we don’t get an awkward moment of dodging the question but instead we just get “They think I’m clingy” which is not a good answer. Oh and they have him dance for literally 3 seconds with a guy near the end and there you have it, the first non-coded gay character in Disney canon… and it’s bad, and stupid, and poorly done, and barely even addressed, and he’s with another character who I swear is just there for a shitty gay joke during the climactic fight scene and it’s awful. It’s also awful because it was one of the biggest controversies about the film, like actually getting it pulled and boycotted (It’s passed a billion at the box office and is the highest grossing movie of 2017, so how the hell did that go?) and yet it’s so barely there that you can’t get anything out of it. I mean if you’re going to offend so many people, let him kiss the guy he dances with at the end. Come on Disney, you could’ve flipped off every homophobe in the audience and rubbed it in their faces but you chickened out.

Oh and they have Audra McDonald in the cast… and don’t get her to sing one of the main songs. She does a few operatic moments at the start, she sings one line of the reprise of Beauty and the Beast at the end, and then she doesn’t sing. YOU HAVE AUDRA MCDONALD! USE THAT! Hell, get her to sing the full cover version during the end instead of Arianna Grande, SOMETHING.

So yeah, I have a lot of problems with this movie. Not as many as I had with Maleficent (Which is an awful movie that needs to drink bleach and set itself on fire) but enough that I just can’t enjoy it that much. It’s problem is the problem that every other Disney remake is going to have… I’m comparing it to one of the best animated movies in history. It has to compete with the 91 version which still holds up, it probably always will. On its own the movie might be fine (Except LeFou and those horrific design choices) but even though I know I shouldn’t, I can’t help but compare this to the original and thus I can barely consider it average because of how much respect I have for the 1991 version.

4 thoughts on “Beauty & The Beast” 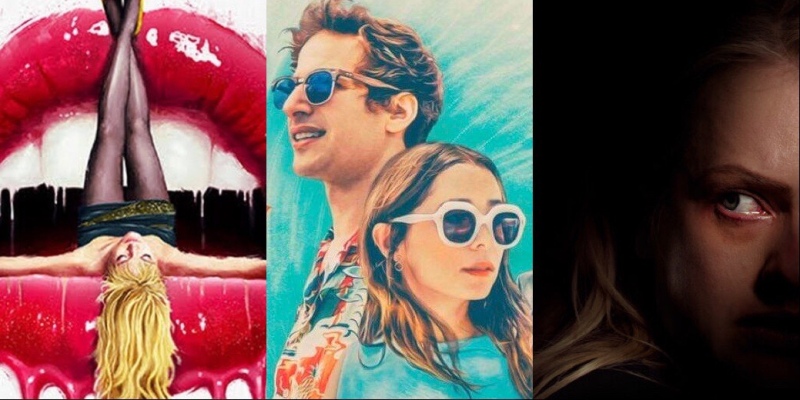