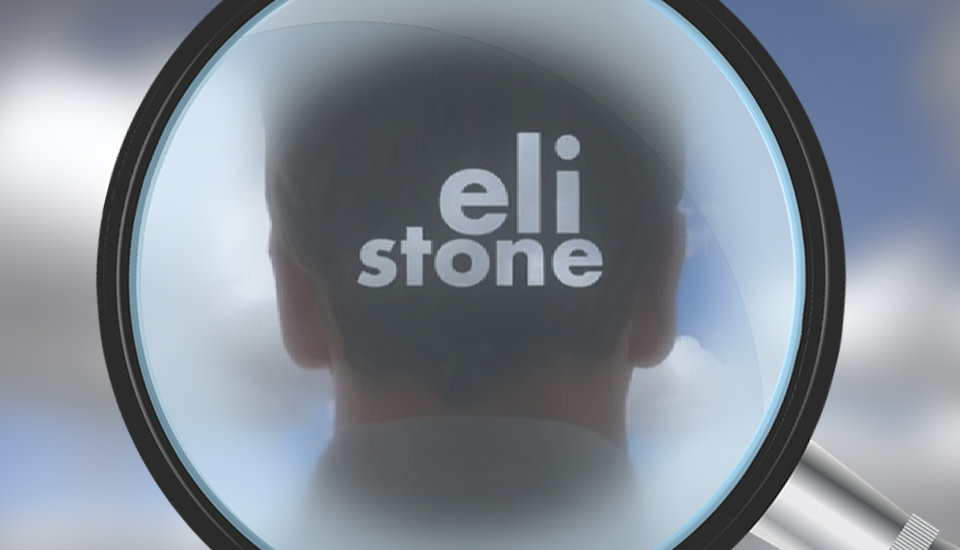 Gone Too Soon: An Analysis Of ‘Eli Stone’

Uploaded to MoviePilot on August 21st

A short written series I did about cancelled shows, there are a few others and I probably won’t bring these back but… who knows?

Welcome to the second instalment of “Gone Too Soon” where I talk about cancelled TV series that were cancelled after one or two seasons. I will be exploring what worked, what didn’t work and why it might have failed to get an audience. Last time I talked about the one season wonder Toxic Crusaders. This time we’re going to be looking at the two season stunner Eli Stone but before we start, THEME MUSIC!

Eli Stone: What Was It?

Eli Stone is a 2008 legal drama that follows a lawyer named, strangely enough, Eli Stone. Eli has everything, a gorgeous fiance, a good position at a leading law firm and a good chance of making partner at that law firm… he also has George Michael dancing on his coffee table while singing ‘Faith’. 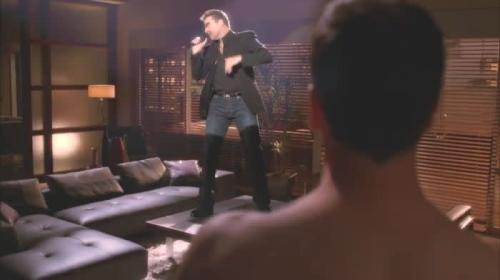 One of George Michael’s greatest concerts

Obviously, it’s a strange event to have a famous singer appear on your coffee table so Eli goes to get checked out. Sadly, turns out that the reason Eli is seeing George Michael on his coffee table is that Eli has a brain tumor. It also turns out that the brain tumor is giving him visions that he can use to help him win his court cases. His visions usually come in the form of lavish musical numbers, often in the form of George Michael covers being sung by his coworkers and sometimes they just got Loretta Devine to belt out ‘Dancing In The Street’.

What Worked In Eli’s Favor?

The cast of Eli Stone is genuinely incredible. Beyond the amazing Loretta Devine or Jonny Lee Miller, who takes the title role, you have an amazing supporting cast like Matt Letscher from The Flash or Victor Garber from… also The Flash, but in general just being Victor goddamn Garber. They all gel really well and have this great chemistry that shows in every episode. Plus we get all these incredible actors singing some genuinely amazing songs that just fit wonderful with the story of the episode. The guest cast is also spectacular, including Sigourney Weaver, Katie Holmes, Taraji P. Henson and Katey Segal just to name a few of the big ones. 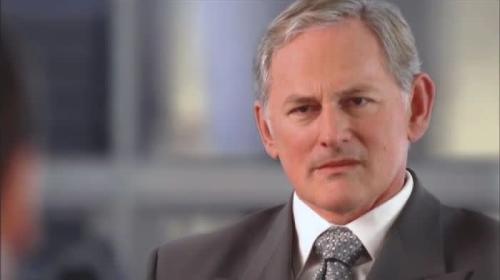 You all stopped reading that cast list once I got to Victor Garber didn’t you?

The series also doesn’t shy away from arching plot lines. There’s a big plot involving an earthquake that takes several episodes and provides a very important bit of tension during the end of the penultimate episode of season one. It’s not easy for a legal show like this to pull off an arching story, most shows that fit into this genre really tend to wrap everything up by the end of the episode. It’s nice to be able to see them carry on these major plot lines that, in some cases, will drag over the entire season.

What Didn’t Work For Eli?

So about those storylines. One of the big ones is that Eli can’t be fired from his job due to him winning the first case. Allow me to explain. See, in the pilot episode, Eli defends the case of a woman called Beth. Beth is suing a large pharmaceutical company because she believes that their vaccine gave her child autism. The lawyers defending this pharmaceutical company? Eli’s firm. Yes, in the pilot episode of Eli Stone, our protagonist is being asked to take a case against his own law firm to defend a pharmaceutical company from a charge that is scientifically inaccurate. I know this is a controversial topic and I am sorry, but no matter how you feel about vaccines, this case would not be winnable by even a light interpretation of how the law works… and yet, somehow, Eli get’s a settlement and therefore technically wins. As part of the settlement, Beth want’s a clause put in that will prevent Eli’s firm from ever firing Eli, no matter what.

This, of course, is an impossible clause to put in a contract, it would be torn apart the second it hit a courtroom just for being unreasonable and stupid. You can absolutely sue for wrongful dismissal, you can’t demand someone have a job for life and put that in a contract. He’s a lawyer, not the pope, his job term is not “til death”. Yet still, this contract is brought up numerous times when Eli is suing his own firm because his firm would really like to fire him for constantly suing them. Oh yeah, this “I’m suing my own firm” thing happens at least two more times during the series, and it’s never stopped by a judge because it’s the most obvious conflict of interest you could get.

Also, they don’t really stick to the idea of George Michael songs. He’s easily the most covered artist on the show by far, the entire concept of the series revolves around him, and yet he’s never covered in the second season. There are several episodes without a musical hallucination and since that’s one of the key concepts that the show was sold on, changing it for no real reason is a bad idea. Heck, they don’t even do “Wake Me Up Before You Go-Go”, even though that song is the name of the fourth episode. In fact, all the episodes of the first season are named after George Michael songs. That stylistic idea does not carry onto the next season.

Speaking of season two, that’s where this show went off the rails. In season one, the idea of a tumour creating these visions is never explicitly called Gods will. It’s suggested, it’s hinted at, Patti believes it, but at no point are we explicitly told that. In fact, the end of season one suggests that it was just a very strange side effect, that it was all just the tumour and once that was gone then Eli was fine and normal. So in Season Two, Sigourney Weaver is God, Eli gets the tumour back and we get the fun little admission that God is a bit of a dick for giving Eli brain cancer just so he will be able to defend a girl who discovered the secret of cold fusion in her garage. Yes, COLD FUSION IS A PLOT LINE IN SEASON TWO!

Why Was It Cancelled?

The ratings for this show started relatively strong, 12 million viewers for a new show is nothing to sneeze at. However the show quickly hemorrhaged viewers, dropping down to a solid seven million by the third episode of the first season, down to under six million by the season one finale and then the mildest of bumps before a slow sharp dive down the ratings rabbit hole to under three million viewers for the final four episodes of the series. Considering this show aired on ABC, that kind of ratings drop isn’t going to be acceptable.

In Eli Stone’s defence, the show had some time slot issues. For the first 11 episodes it aired on Thursday nights, then for some reason episode 12 aired on a Sunday, followed by the 13th episode on the next Thursday. That change in the ratings strangely gave the show a decent bump, that one episode gained three million viewers which might account for why it got a second season… then they decided to air season two in a stupid way. The show came back on the air in October of 2008 where it moved to Tuesdays. There was a week gap at the start of November, between the third and fourth episode. There was another week gap at the end of November, between the fifth and the sixth episode. There was a week gap the week of Christmas between the eighth and ninth episode. They then sat on the final four episodes until June of 2009, put them up on Saturdays and that was it. The final episode aired in the US on July 11th, 2009. The show was tossed about the schedule, given irregular gaps and in the end, it was basically forgotten.

Should It Have Been Renewed?

If I was asked this around the end of season one, absolutely. Season one is a genuinely great season with a lot of good stories (Except that first one) and a lot of great character moments. It handles the idea of spirituality as a metaphor, it doesn’t dumb itself down. Season two is objectively a dumbing down of the core concept, removing key things that worked and just flat out saying “No, God gave Eli a tumour” which is not only not interesting, it’s borderline offensive. After season two, the show went too far off the rails and I don’t think it should’ve come back and, obviously, it didn’t.

However, that didn’t stop them planning for a third season. Back when the series was cancelled Eonline got a glimpse of some future potential plot lines. Some ideas would include relationship drama with the main cast, Dr Chen and Nate (Eli’s acupuncturist and brother, respectively) going into work together at their own medical practice, potentially Goldie Hawn playing the mother of one of the main characters and Eli just flat out becoming a prophet… so yeah, I’m kind of glad they stopped before they went to that extreme level.

So How Can I Watch It?

Currently, you can probably get a copy of season one pretty much anywhere on DVD. I’m going to link to the Amazon copy which is region one, but it’s about $15 so if you have a region-free DVD player then it’s probably your best bet. Season two, on the other hand, is only available in one region, that’d be the American one. Bonus bad news, it’s about $40 brand new. The good news is there seems to be a lot of sellers on Amazon who has used copies going for half that price so check them out.

For you American’s who would like to try it out before you buy a copy, Hulu has every single episode of the series up and available for you. I believe you have to have one of their subscriptions to get it though. You can also use ABC’s website where they have all the episodes right there, again this one is just for those in the US. Sorry everyone else, we’re stuck with the DVD’s

In general, the show is pretty good, it certainly stands out among the litany of legal dramas that we’ve seen over the years. When the show works, it’s incredibly funny and charming with a lot of laughs and some fantastic performances. However, when the show isn’t firing on all cylinders you can tell that something’s missing and the show suffers greatly from it. Throw in a pilot that can genuinely irritate people thanks to its sloppy handling of a serious issue and an insane implausible restriction that is placed on the rest of the series and in the end you’re left with an above-average cop drama with a disappointing second season.

5 thoughts on “Gone Too Soon: An Analysis Of ‘Eli Stone’”