One of the great things about the horror genre is its ability to take something innocent and, with minimal alterations, turn it into an icon of terror. Santa Claus was never a scary creation but put an axe in his hand and you have the poster for Silent Night, Deadly Night. No one used to associate hockey masks with horror until one unlucky day when a boy named Jason put one on before heading out to Camp Crystal Lake. That’s the power of horror; innocent images can be given malevolent meaning just by a change in context. So, if this idea works for well-known images like Santa or the hockey mask, the question is if it can work for a bunch of iconic animal costumes from a 60s variety show. The answer is yes, but only as a novelty.

END_OF_DOCUMENT_TOKEN_TO_BE_REPLACED 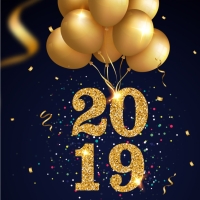