Downton Abbey hit TV screens in 2010 and from the moment that it started it was a monster hit, racking up between 9 million and 12 million viewers an episode over the course of its six year run. It took home Emmys like they were on sale. Fifteen Emmys over six years is insanely impressive for a show that wasn’t made explicitly for American audiences. It starred some of the best actors in the UK, including the icon Dame Maggie Smith in probably one of her most beloved performances. The show ended in 2015 with a Christmas special and… I’ve never seen a single episode. I just never got around to it, despite my absolute adoration of Maggie Smith, so I walked into this film with no knowledge of anything beyond “It’s about fancy rich people and the servants who keep them from dying of starvation” so we’re going to talk about if this movie works without having seen the source material, which is often going to happen with movie adaptations of TV series. Short answer? Yeah, kind of works… for the most part

END_OF_DOCUMENT_TOKEN_TO_BE_REPLACED

There is a style of documentary that always feels a little bit strange to me, I call it the capture conversation documentary, these are documentaries that just put a bunch of people in a room and have them just talk. We don’t cut away, it’s not a talking head piece but it’s a film where the people on screen converse as though there isn’t a camera there and we’re a fly on the wall to this discussion. It feels odd because that kind of thing isn’t genuine, these people would never be sitting in a perfect semi-circle and decide amongst themselves to talk about films that they had been in together or about the state of industry when they were young, things that they probably haven’t thought about in ages and certainly wouldn’t be talking about in this manner. So for a film to take this idea and find a way to not only make it feel natural but to also be willing to mock the facade that they’ve put up as part of the framework of this style of documentary is something special.

END_OF_DOCUMENT_TOKEN_TO_BE_REPLACED 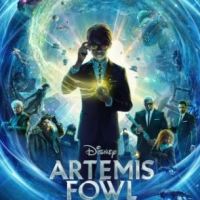 thecraggus.com
Talk Movies To Me